The exhibition on Samudaripen (genocide of the gypsy population during World War II), arrives at the incomparable framework of the Salón de los Espejos of the Cityhall of Valencia thanks to the European project for the recovery of the historical memory MEM-ROM. The initiative also seeks to raise awareness of the consequences of hatred and exclusion, to combat the inequalities suffered by the Roma people and to create spaces for mutual coexistence that help combat anti-gypsyism in society. 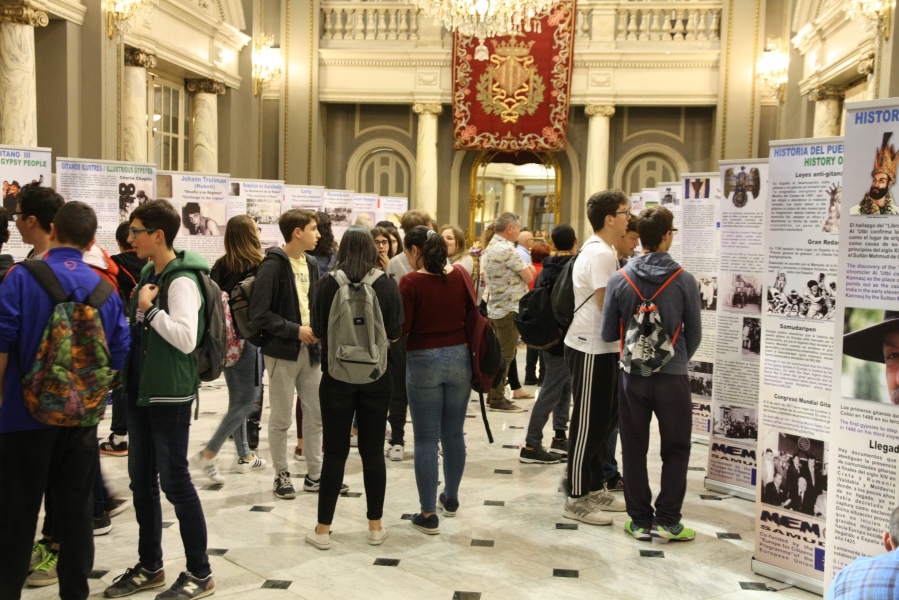 It is a sample collected in 16 panels with the most relevant aspects of Samudaripen, including the Nazi legislation itself and a description of the main extermination camps with their most sinister characters, such as Josef Mengele. In addition, there has been an addition of four panels to offer a brief introduction to the history and culture of the gypsy people. The exhibition has remained open throughout the week coinciding with the commemoration of the International Day of the Gypsy People, obtaining an unexpected success with the visit of more than six thousand people.

Thousands of tourists, students, citizens or curious have been able to discover the history and a reality for many unknown, counting with the help of two guides. Authorities such as the mayor Joan Ribó or the Russian Ambassador to Spain, Yuri P. KORCHAGIN, have also been able to enjoy of these pannels.

“Everyone thinks about the gypsy people, but very few worry about knowing their history,” said Jose Alfredo Maya Maya, President of the Maranatha Federation of Gypsy Associations.

WATCH PHOTOS OF THE EXHIBITION